Skip to content
Enjoy FREE SHIPPING on all orders 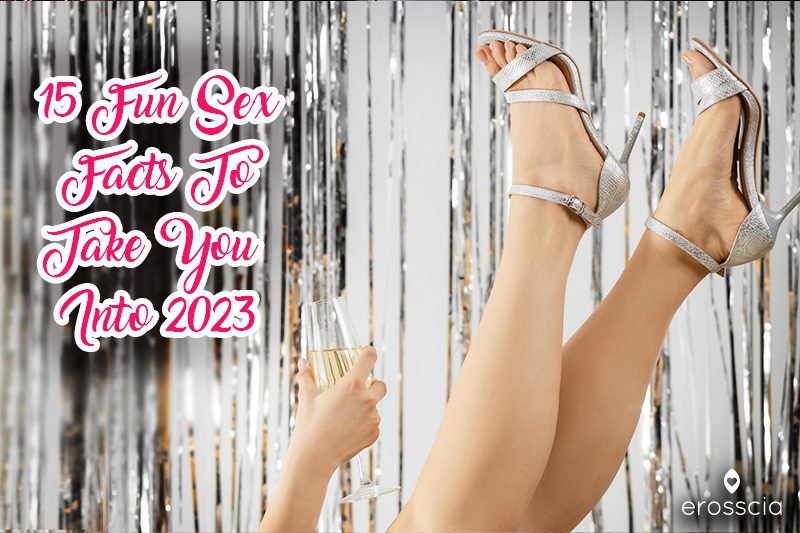 The New Year is almost here and like all years the Erosscia team is always looking for new ways to understand and enjoy sex. We all deserve a break from the more serious sides of the topic, so let’s go into 2023 by delving into 15 fun sex facts.

Known as the “Ben Wall Balls”, these ball shaped sex toys were found in Japan and date back to roughly 500 BC. At the time, one or two balls were inserted into the vagina to increase a man’s pleasure during penetrative, vaginal sex. However, you may recognize these toys for a different reason today. Now, they are often used to help women strengthen their pelvic floor.

Also, the first suspected (but unconfirmed) sex toy may possibly date back to 29,000 BC Greece! 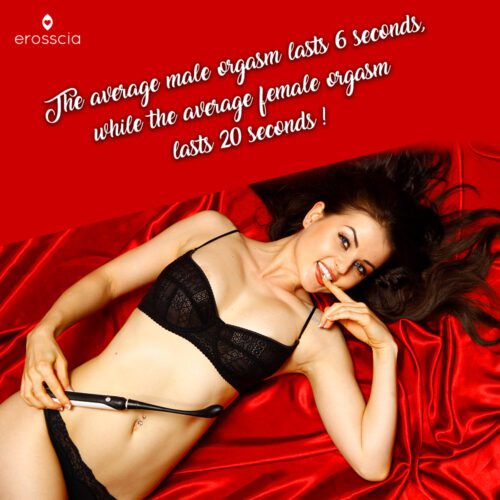 Women can also have orgasms concurrently and sequentially. Men can orgasm one after another but needs more time between orgasms than a woman.

Orgasms during sleep are fairly common, especially in pubescent boys. However, girls and women can still experience a sleep or dream-induced orgasm. Though, they do occur less frequently. If you want to experience orgasmic sleep for yourself, try fantasizing about sex as you go to sleep.

#5: The most popular sexual fantasy in the United States is group sex

We all have our own sexual fantasies, but in the United States and Canada, there are some more common ones. Group/multi-partner sex is among the most frequently recorded sexual fantasies. However, the specifics of the fantasy do vary between men and women. Men are more likely to fantasize about anonymous group sex, or sex with multiple women. Women are more likely to fantasize about group sex involving other women or celebrities.

#6: There are scientific benefits to period sex

We encourage exploring period sex with or without a partner with Erosscia. Our toothbrush head attachments are easy to clean and long enough that you are unlikely to make your toothbrush dirty either.

The clitoris is one of the most unique and scientifically confounding organs. From being the only organ whose sole purpose is pleasure, studies have shown that the clitoris does not age in the same way as the rest of the body. Even the vagina ages and can experience changes. However, an 80-year-old woman and a 20-year-old woman will have extremely similar clitorises.

The reasons for this are not really known, but since it is almost always covered, frequently engorged with blood, and only touched or addressed in specific situations, it does make some sense.

#8: A teaspoon of sperm equals 5 calories

There is not really much to elaborate on here, except that a teaspoon is roughly the amount of a single ejaculation. So, good to know?

#9: The car is the second most popular place to have sex

The first is the bed, obviously. Funnily enough, when looking at public places that people like to have sex, cars also came number two. The first is in a public park, field, or forest. 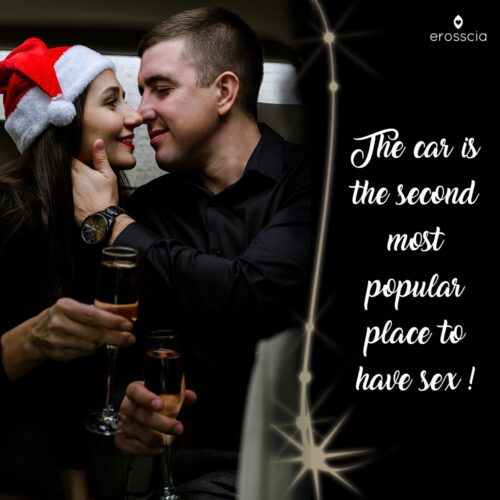 #10: There are sex toys a partner can control from their phone

#11: Kissing is not universal in foreplay

In Western cultures, kissing seems to be an important part of foreplay–both in media and in reality. In movies, the couple’s first kiss is often the lead up to more and waited upon by anxious viewers. However, this is not universal.

First off, even within Western cultures, there are types of friendly kisses, such as those between a parent and child or even two friends. Though, some European cultures take it a step further and use kissing as a type of greeting. You may commonly see this in countries such as France or Italy.

What the study referred to as a “romantic-sexual kiss” though, is not universal and not present in the sex of all cultures and countries. Central American and African cultures seemed to value kissing less, or even not do it at all. Oceanic cultures came third. Now, this doesn’t mean kissing is never present, it just often is not seen as a romantic gesture.

It should be noted that some cultures–particularly in Oceania–perform kissing in a way that is outside of the Western norm. So, kissing is still involved, it is just different. Finally, some cultures do take part in kissing as a romantic or sexual gesture but it is done almost entirely in private.

Also, you will find couples almost everywhere who do not prefer kissing (in public or private) and others who love it. This study is from 2015, so it is likely that these norms will (or have already) changed all around the world.

#12: The average person with a penis will experience around 11 erections per day

Most of these orgasms will take place when they are asleep. Thankfully. However, this is also why wet dreams are more common among pubescent boys and in men more than women. It’s all thanks to natural processes.

#13: A healthy vagina has around the same pH as wine

A normal, healthy vagina carries an average pH of 3.8 to 5.0. This means that the vagina is a slightly acidic environment. Most wines fall somewhere in the 3.0 to 4.0 range placing them right in the middle of the vagina’s range. However, this does not mean wine should ever be anywhere near your vagina.

#14: Men in Ancient Greece wanted smaller penises versus larger ones

Beauty standards have changed dramatically through the centuries and as people become healthier. Though, unlike the previous fact, this comes from the mythology and beliefs at the time. Men believed that a smaller penis meant that a man was more intelligent. This was part of the reason that Greek sculptures of gods often feature what we would consider in modern times to be a rather small package.

Thus, since the sculptures were essentially the aspiration magazine cover of Ancient Greece, this further made men want and covet small penises more than large ones. Few gods were depicted with large penises, the most notable of which was Priapus. Though, Priapus was somewhat of an exception and his name eventually became the root for the medical term, priapism, or when the penis remains erect for several hours. 😬

#15: Women have used several substances for contraceptives throughout history including honey combined with acacia leaves and lint, crocodile dung, cabbages, and rock salt

October 18, 2022
Close Menu
Manage Cookie Consent
Erosscia.com is an Adult Site. Upon entering you agree to the Terms of Use and that you are a consenting adult of 18 years, or 21 years in places in which 18 years is not the legal age of majority, and viewing this page from a location which does not prohibit adult material. If you proceed you will be exposed to explicit photos, sexual images, and other topics which may be disturbing to some individuals. We also use cookies to enhance your browsing experience, serve personalized ads or content, and analyze our traffic in accordance with our Cookie Policy.
Manage options Manage services Manage vendors Read more about these purposes
View preferences
{title} {title} {title}
×